Blog
You are here: Home1 / Blog2 / The Bible3 / Divine Revelation by R.C. Sproul

Everything we know about Christianity has been revealed to us by God. To reveal means “to unveil.” It involves removing a cover from something that is concealed.

When my son was growing up, we developed an annual tradition for the celebration of his birthday. Instead of the normal pattern of distributing presents, we did it by way of our homemade version of the television game show “Let’s Make a Deal.” I hid his presents in secret places such as in a drawer, under the sofa, or behind a chair. Then I gave him options: “You can have what’s in the desk drawer or what’s in my pocket.” The climax of the game focused on the “big deal of the day.” I arranged three chairs that were covered with blankets. Each blanket concealed a gift. One chair had a small gift, a second chair had his big present, and a third chair had a crutch he had used after breaking his leg at age seven.

For three years in a row my son selected the chair containing the crutch! (I always ended up letting him exchange the crutch for his real gift.) The fourth year he was determined not to choose the chair with the crutch under the blanket. This time I concealed his big present alongside the crutch and allowed the top of the crutch to peek out beneath the blanket. Spying the crutch tip he studiously avoided choosing that chair. I got him again!

The fun part of the game was in trying to guess where the treasure was hidden. But it was sheer guesswork, pure speculation. Discovery of the real treasure could not be made until the blanket was removed and the gift lay unveiled.
So it is with our knowledge of God. Idle speculation about God is a fool’s errand. If we wish to know Him in truth, we must rely on what He tells us about Himself.

The Bible indicates that God reveals Himself in various ways. He displays His glory in and through nature. He revealed Himself in ancient times via dreams and visions. The mark of His providence is shown in the pages of history. He reveals Himself in the inspired Scripture. The zenith of His revelation is seen in Jesus Christ becoming a human being—what theologians call “the incarnation.”

The author of Hebrews writes:

God, who at various times and in various ways spoke in time past to the fathers by the prophets, has in these last days spoken to us by His Son, whom He has appointed heir of all things, through whom also He made the worlds. – (Hebrews 1:1-2)

Although the Bible speaks of the “various ways” that God reveals Himself, we distinguish between two chief types of revelation—general and special. General revelation is called “general” for two reasons:

General revelation provides us with the knowledge that God exists. “The heavens declare the glory of God,” says the psalmist. God’s glory is displayed in the works of His hands. This display is so clear and manifest that no creature can possibly miss it. It unveils God’s eternal power and deity (Romans 1:18-23). Revelation in nature does not give a full revelation of God. It does not give us the information about God the Redeemer that we find in the Bible. But the God who is revealed in nature is the same God who is revealed in Scripture. 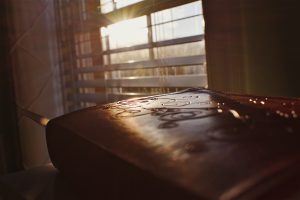 Not everyone in the world has read the Bible or heard the gospel proclaimed. But the light of nature shines upon everyone in every place, in every time. God’s general revelation takes place every day. He is never without a witness to Himself. The visible world is like a mirror that reflects the glory of its maker. The world is a stage for God. He is the chief actor who appears front and center. No curtain can fall and obscure His presence. We know from one glimpse of creation that nature is not its own mother. There is no such “mother” as Mother Nature. Nature itself is powerless to produce life of any kind. In itself, nature is barren. The power to produce life resides in the Author of nature—God. To substitute nature as the source of life is to confuse the creature with the Creator. All forms of nature worship are acts of idolatry that are detestable to God.

Because of the force of general revelation, every human being knows that God exists. Atheism involves the utter denial of something that is known to be true. This is why the Bible says, “The fool has said in his heart, ‘There is no God’” (Psalm 14:1). When the Scripture so chastens the atheist by calling him a “fool,” it is making a moral judgment upon him. To be a fool in biblical terms is not to be dim-witted or lacking in intelligence; it is to be immoral. As the fear of God is the beginning of wisdom, so the denial of God is the height of foolishness.

The agnostic, likewise, denies the force of general revelation. The agnostic is less strident than the atheist; he does not flatly deny the existence of God. Rather, the agnostic declares that there is insufficient evidence to decide one way or the other about God’s existence. He prefers to suspend his judgment, to leave the issue of God’s existence as an open question. However, in light of the clarity of general revelation, the stance of agnosticism is no less detestable to God than that of the militant atheist. But for anyone whose mind and heart are open, the glory of God is wonderful to see—from the billions of universes in the heavens to the subatomic particles that make up the tiniest of molecules. What an incredible God we serve!

1. Christianity is a revealed religion.
2. God’s revelation is a self-disclosure. He removes the veil that keeps us from knowing Him.
3. We do not come to know God through speculation.
4. God revealed Himself in various ways throughout history.
5. General revelation is given to all human beings.
6. Atheism and agnosticism are based on a denial of what people know to be true.
7. Foolishness is founded on the denial of God.
8. Wisdom is founded on the fear of God.

Where Do We Find Comfort?
Scroll to top